Greek black metallers Rotting Christ released a new song from the upcoming album "The Heretics". Above, you can watch a lyric video on the composition "The Raven" with poetry by Edgar Allan Poe. The poem's recitation are perfomed by Stratis Steele from the Greek metal band Endomain.

The band’s upcoming 13th LP titled "The Heretics" will be released on February 15, 2019 via Season of Mist. It was mixed by Jens Bogren at the Fascination Street Studios in Sweden. Follow the link to watch a lyric video for the song "Heaven and Hell and Fire", which includes a narration by journalist Dayal Patterson, as well as a song "Fire, God and Fear".

After three years in the making, "Non Serviam: The Official Story Of Rotting Christ", which explores three decades of Rotting Christ’s biography, is to be out on November 30, 2018, via Cult Never Dies. A recent review of the book, written by Noizr Zine, can be read here. Follow the link to read the interview with its creators — the band’s leader Sakis Tolis and journalist, writer Dayal Patterson.

"The Heretics" cover by Maximos Manolis 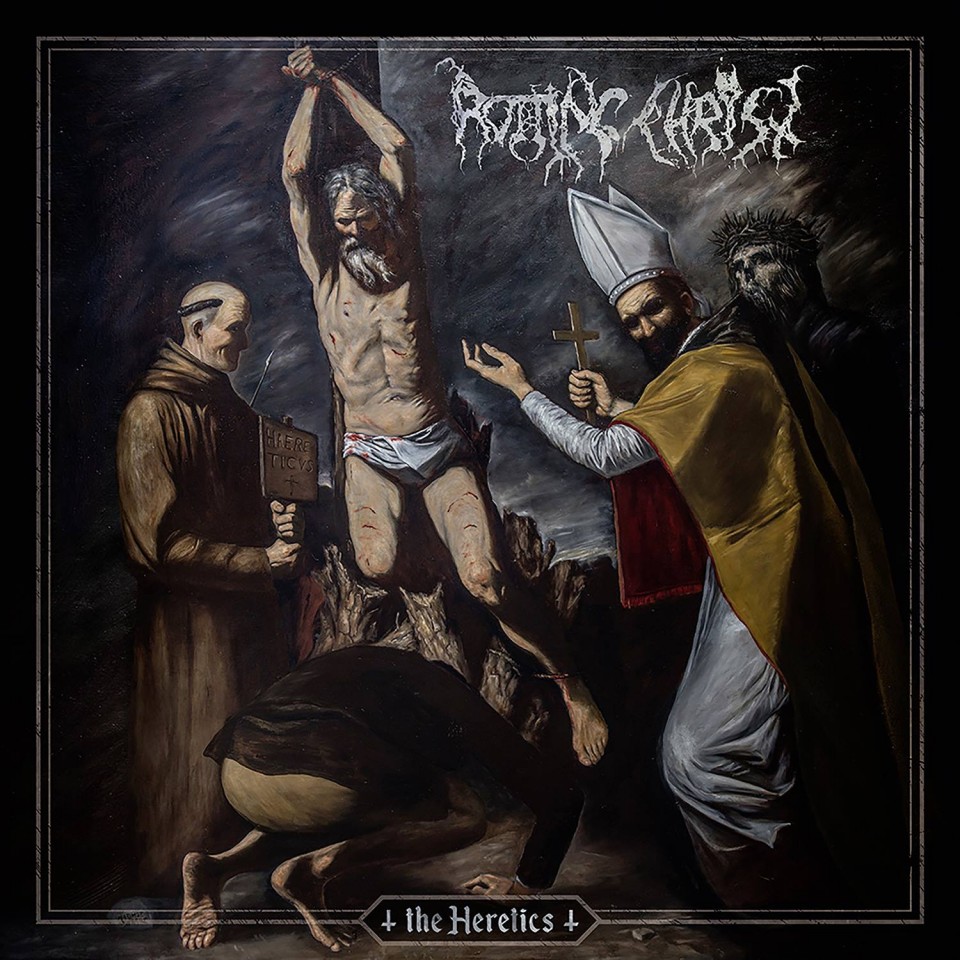