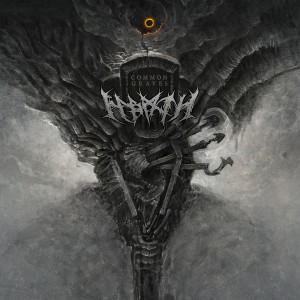 "No album of Nabaath sounds the same, and ‘Common Graves’ is no exception to that. Straight at the opening ‘Dark Is Deep’ there is a first development: a menacing doom atmosphere, combined with atmospheric guitar arrangements. But after that opening song, it is clear that this new album is at least as intense as its predecessor, just with much more technique and far far away from the primitive death/black of the debut ‘Back of Beyond’."

"No more is Nabaath pure black metal, more a mix of black and extreme metal, with a very dark nature. Extremity and musical skills are not necessarily opponents, and Nabaath is proof of that on this excellent album."

"This is a very interesting album to those who love extreme metal in the huge area somewhere between a band like Morbus Chron (R.I.P.) and Taake played at a high instrumental level."