Icelandic black metal festival Ascension presented the second trailer for the upcoming Ascension MMXX event, which will be held from May 21 to May 23, 2020 with shows performed by Auðn, Mgła, Sinmara, Ved Buens Ende and other bands.

Ascension MMXX will be held at the Hlégarður in Mosfellbær, Iceland. Among the announced bands are:

You can buy tickets for Ascension Festival at this location. Event on Facebook.

Read also: Interview with one of the main catalysts in the Icelandic scene Stephen Lockhart 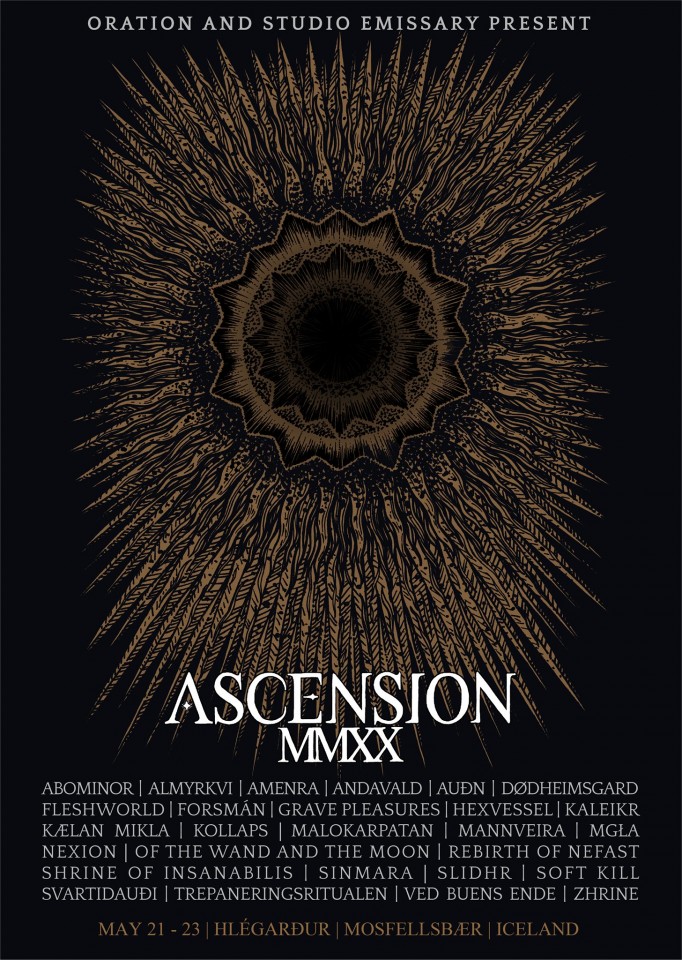