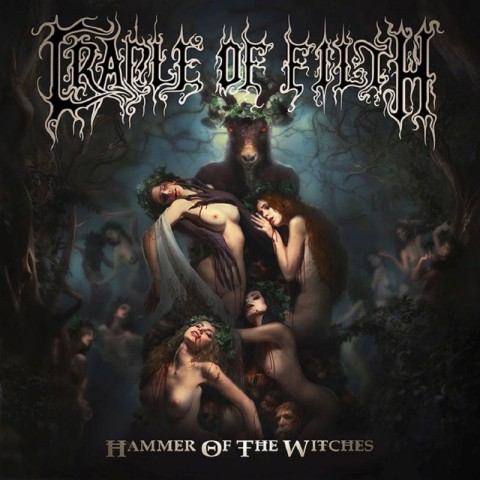 The British band Cradle of Filth released the lyric video "Deflowering The Maidenhead, Displeasuring The Goddess". The song appears on the eleventh full-length album "Hammer of the Witches", which comes out on July 10 via Nuclear Blast.

During the new album recording, Cradle of Filth's members were inspired by medieval treatise on demonology "Hammer of Witches", which describes methods for prosecution of witches.

"This is perfect subject matter for us," — the frontman Dani Filth says: "That dreadful book, the "Malleus Maleficarum"… it's about the torture and persecution of witches and how to legally punish them. That was the church's militant hammer against the witches. Our interpretation is a hammer for the witches, so the album title is about payback for decades of torment. The album is lavishly and beautifully illustrated by Latvian artist, Arturs Berzinsh, and it's probably the best artwork undertaken for COF and that's saying something."

The album "Hammer of the Witches" will be the first release for Cradle of Filth's new guitarists, Marek 'Ashok' Šmerda (the former member of Inner Fear and Root) and Richard Shaw (NG26).

In May, the group presented the video for "Right Wing Of The Garden Triptych", features Kinbaku model Gestalta.

"Hammer of the Witches" cover artwork