A year after the concert, during which the band presented material from their latest album "I, The Mask", the Swedish melodic death metallers In Flames are returning to Kyiv again. A new performance of the group will be held on May 26 at the CCA of NAU.

According to the organizers of the show, In Flames has been and remains a landmark group for Sweden and for the melodic death metal genre as a whole. Over 30 years of their career, musicians have recorded 13 successful albums. In Flames has been working on the latest studio album called "I, The Mask" throughout 2018. A truly “star” team gathered for work — a Grammy-nominated producer Howard Benson and its laureates Chris Lord-Alge and Ted Jensen, who handled the album's mixing and mastering.

The inspiration for "I, The Mask", according to frontman Anders Friden, was his life and world, which is constantly changing due to controversial events.

Despite the fact that the new bassist and drummer worked on the record, they fully made the cut. Where necessary, they competently conduct the listener with deep melodies or speed up rhythms for the powerful sound of desperate lyrics. Although, In Flames' modern sound is much calmer and more balanced than it used to be, but be sure these guys still have more than enough rudeness and energy to give you an unforgettable experience from their live show. We all will be able to see it in May!

You can buy tickets and Meet'N'Greet for In Flames' show in Kyiv here. Event on Facebook. 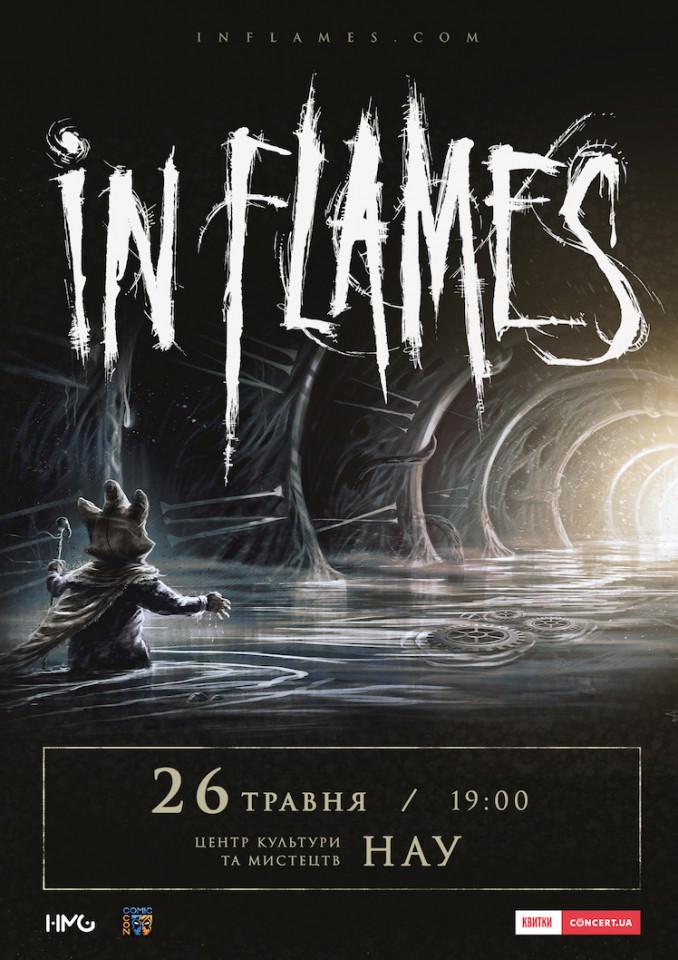