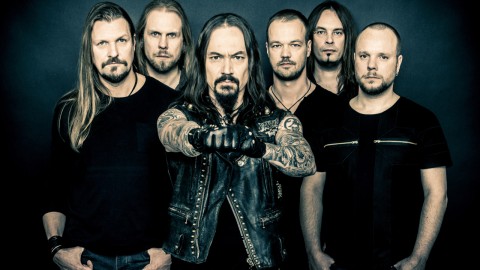 The discography of the Finnish metallers Amorphis is a great example of how the band can improve its style and genre for many years. Back in 1992, the musicians declared themselves as a death metal group. Two years later, one of the best records "Tales From The Thousand Lakes" became the first step towards the genre of progressive metal. Amorphis experimented with clean and extreme vocals, their riffs became more brutal and the music more saturated with the first folk motives. From release to release new members replaced the previous ones. At the same time, searching for their true sound, the band kept their records as conceptual works with Finnish folk music involvement, poetry, epics, and legends. Today, the band’s discography is replenished with the twelfth studio album "Under The Red Cloud", which was released on the 4th of September via Nuclear Blast. And it seems that this is our opportunity to assess one of the most multifaceted, deep and really cool things by Amorphis. 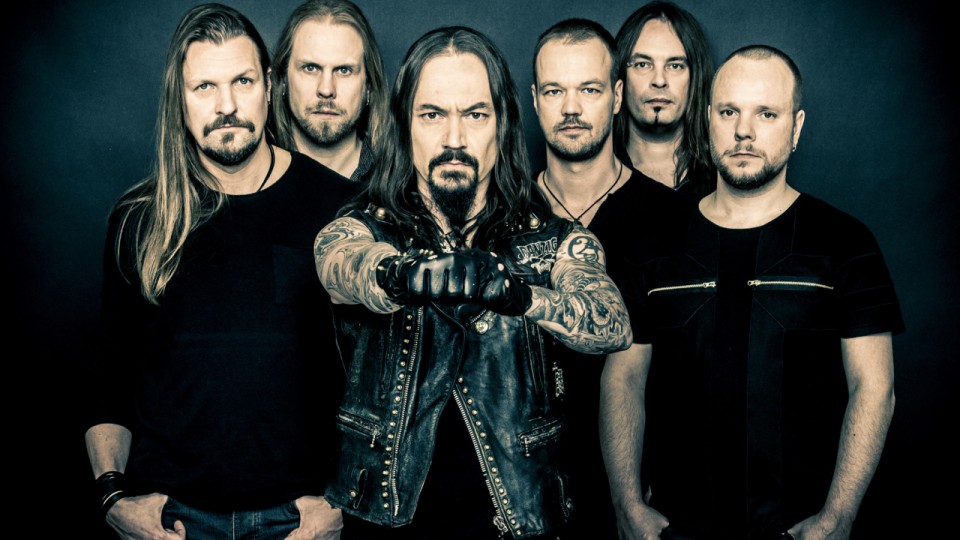 "All I can say is that “Under The Red Cloud” will be in my personal Top 3 Amorphis albums that we've ever done," — the guitarist Esa Holopainen states

The albums of recent years were not the most successful ones and this is a fact. After a fairly substantial "Silent Waters" (2007), the band rushed back in search of its genre, releasing quite experimental CDs year by year. However, today we see that Amorphis have achieved the goal they pursued so hard. To tell the truth, "Under The Red Cloud" is not so unique in its genre having usual band’s progressive, some of melodic death/folk metal traits. It is likely that most of the listeners even will hear motives, riffs that can seem so familiar, and it is really so. However, in certain circumstances, which could become the inspiration, sudden creative impulses, hours of hard work at the studio, the band did a great job, recording just perfect sound album. It's the improvement of all those stuff we could hear from Amorphis before.

"Under The Red Cloud" strikes with its richness and fullness of sound. Amazing harmony and literal unity of all members of the band is tangible in each composition. Skillful guitar sounds, virtuosic heavy riffs, tricky, smart solos and sometimes deep, melodic passages. Vocals are great, it is constantly growling and pure voice rotation. The music is full of numerous keyboard parts, folk motives that stress overall mystical atmosphere. The main theme of today’s album is the relationship between humans and the environment.

"Like "Kalevala"*, they are descriptions of natural phenomena, seasons and the human mind. Reoccuring situations where hope and uncertainty alternate. Attempting to gain advice from higher powers. The poems do not form a complete story per se, but they are drawn together by a certain theme. We live under a red cloud and once again, time weighs us," — describes Pekka Kainulainen, "spiritual mentor" of the band, the author of the album’s lyrics

* "Kalevala" is a 19th-century work of epic poetry compiled by Elias Lönnrotfrom Karelian and Finnish oral folklore and mythology. It has become the basis of the band's second studio album "Tales From The Thousand Lakes" (1994).

The band presented its first track "Death Of A King" as a single. It's a powerful virtuosic composition featuring progressive metal. The record was attended by invited musicians Martin Lopez (Soen, Amon Amarth), who recorded the thunderous percussion parties and Chrigel Glanzmann (Eluveitie) with the main flute parts.

Esa Holopainen: "It was a great honor to have such talented musicians appearing on 'Death Of A King'. Each one of them puts his personality and character in the very right spot."

As the most impressive compositions you can distinguish "Under The Red Cloud", "Bad Blood" and already mentioned single "Death Of A King". It is likely that there are any other opinions as every composition is a separate component of the overall stunning work by Amorphis. At the same time, there is one quite weak song on the CD and it is the sixth track "Sacrifice". Pretty not bad record if you judge it out of "Under The Red Cloud", but it is nothing but the banalest and predictable motive in general.

Esa Holopainen comments: "Under The Red Cloud" is produced by Jens Bogren who did amazing job with the album. There's a lot's of elements in the songs but every note and element is in perfect harmony so that the result is f*cking heavy and melodic."

Amorphis seriously approached the design of the album cover, the work was done by the famous artist Valnoir Mortasonge.

"The artwork is done by Valnoir Mortasonge," — the guitarist Esa Holopainen states: "Valnoir is well known from his works for Laibach, Paradise Lost, Watain, Behemoth and many more. It was a great pleasure to work with him as he catched the lyrical topics really well. Colors and details describe the music perfectly."

Having played several concerts over the summer in Europe celebrating the 20th anniversary of "Tales From The Thousand Lakes", the musicians actively preparing for a large-scale tour to support the new album, which will begin this September. After all, there are thousands of fans in different countries who are waiting for the band appreciating the "Under The Red Cloud".

By Yuri Somov
Quotes from interviews: 1, 2
Photo by Ville Juurikkala