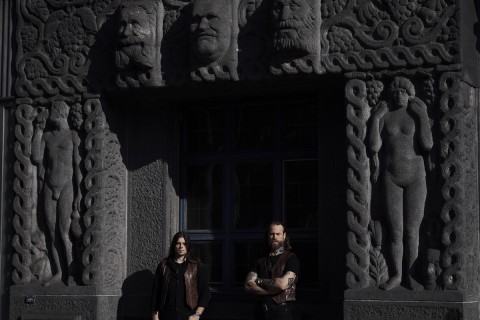 EPs are a fickle medium; done right they can be sublime addendums to a bands previous albums or an interesting indicator of where the band will head in the future; if you need evidence of this one need look no further than Deathspell Omega’s flawless history of EP’s or Aosoth’s perfect "IV/Appendixes". Done the wrong way however it can leave the listener questioning the need for an EP "Was there not enough material to fulfill a full-length?", "Is this just an experiment?" or worst of all a chunk of filler with a couple of songs worth listening to on it — we’ve all experienced this phenomenon at some stage or another!

"Lese Majesty" falls somewhere between the two, whilst it does give a hint that Bölzer seem to be journeying towards a more progressive sound and building on what was displayed on "Hero" it also leaves a lot to be desired. Frankly, I feel that accurately sums up Bölzer as a band. The hardest thing to shake about this band is the parallels that they seem to draw with Mgła, and I’m not referring to the fact that they’re a duo. More to the fact that what both bands do is take the tropes of a well-established genre and try to balance an homage to its roots; in Mgła’s case black metal and in Bölzer’s case black/death metal. Now I'll be honest the death/black that Bölzer seem to honour is the more black infused black/death such as bands like Aosoth, Arkhon Infaustus even Ascension (confused yet!? you should be). Both bands are heavy on touring to build up their fan base and likely due to this they’re both bands that are on the lips of many within the scene. The thing that sets Mgła apart from Bölzer is their ability to take incredibly simple pieces and carve something majestic out of them (mostly due to Darkside’s drumming). Bölzer on the other hand lack that vital element that Mgła display, massively, for lack of a better term the 'X-Factor'. The flip-side is that the bands that clearly inspire Bölzer have created far more compelling works, sometimes with even fewer elements. 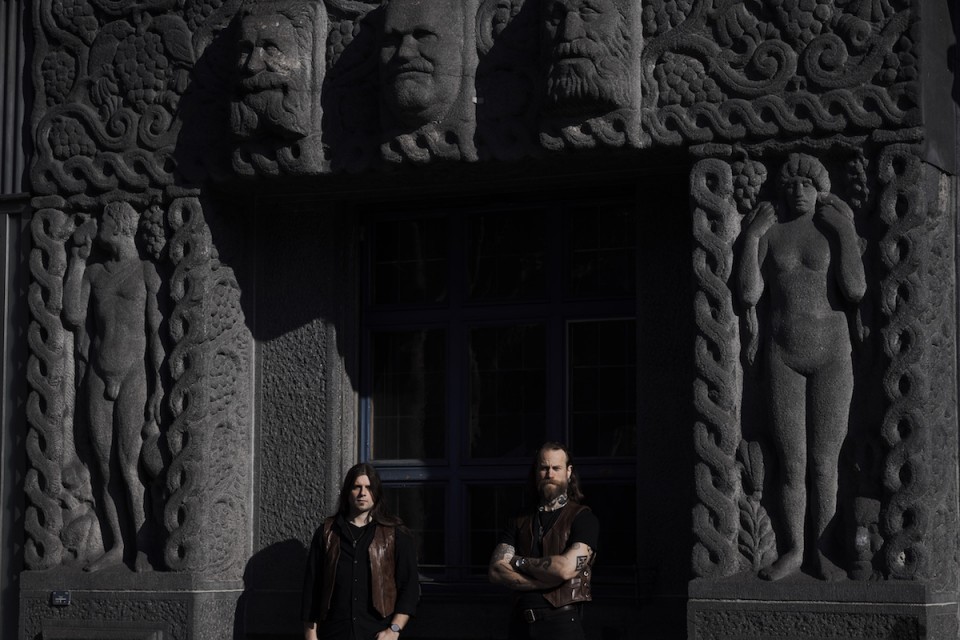 All that being said "Lese Majesty" does display Bölzer as a band growing, whilst "Hero" was relatively monotonous and lacking in dynamics, Bölzer have upped their game and it would seem that whenever their next album comes out, it'll be a damn sight more progressive than "Hero". The 3 tracks on this E.P (the 2nd track is pure filler — with a name indicating dormancy between the two halves of the EP I get the sense it was intended as part of a grander architecture but it falls short of the mark) display a band building and experimenting. The technical proficiency of the song-writing has increased and showcases a variety of tempos and textures but ultimately it lacks riffs and sections that will draw the listener in.

I don’t want to sound like a hater but Bölzer seem like one of those bands that occupy the scene for a brief period only to fade into obscurity at a later date, black metal is a fickle genre and filled with contrarians. There is a battle in the psyche of most obsessed with the genre; on the one hand they want ‘new, exciting music that will push the envelope’ and the other side of them wants something that feels familiar and safe, that’s why we have bands like Cultes Des Ghoules, Batushka, and Bölzer. This is not to say I think these bands aren’t committed to their craft or that they’re in it just for the money… well Bartushka maybe, I just mean that in 20 years when we look back at the bands that left a stamp on black metal are we really going to be talking about them then? For Bölzer, definitely not at this stage. As for Mgła, they’re an anomaly; they will be spoken about in 20 years, even if it is just to talk about the insane drum work on their albums.

In summary, Bölzer fans will be content, it’s more of the same stuff they want and appreciate the band for. I’m interested to see where the band takes their experimentation on their next release because it feels like there’s something brewing, it’s not just there yet but let’s bear in mind it took Deathspell Omega, The Order of Apollyon, Arkhon Infaustus and Aosoth a couple of albums before they really hit their stride. There’s potential in the machine, it’s just not fully fledged yet.

"Lese Majesty" will be released on November 15 via Bölzer’s own label Lightning & Sons. The album is now available for pre-order in Europe and USA, and digitally.