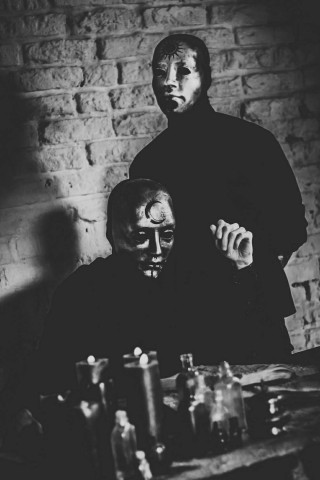 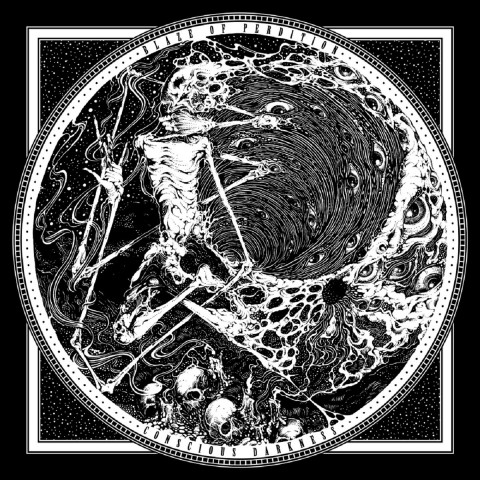 For a long time Blaze of Perdition, despite being a solid band we’re not a great deal more than a Watain clone, they still had great songs and their first two albums are still albums I visit semi-regularly; then disaster struck when they were involved in an accident whilst on tour 23 (band member not the number of people) passed away and 2 others were seriously injured. It looked at the time, like an end to Blaze of Perdition and the promising side-project Oremus (I’d highly recommend searching out "Popioly") yet 4 years later they returned with "Near Death Revelations", a maturation of their sound and their best work to date… until now.

"Conscious Darkness" is one of the best records that I have heard from 2017, sitting alongside the greatness of albums from Rebirth of Nefast and Aosoth. "Conscious Darkness" is a dense weaving work, following in the footsteps of bands like Deathspell Omega and Amestigon’s latest offerings, it boasts only 4 tracks over its 43 minute run time.

The music found within "Conscious Darkness" feels like an expert character study of Black Metal, throughout every track I’m flawed by the execution of each section, there are so many sounds that remind me of other bands like Deathspell Omega, Keep of Kalessin, Ved Buens Ende and Behemoth, and yet not once does it feel like they’re aping any bands style, if "Near Death Revelations" was them finding their sound "Conscious Darkness" is them perfecting it. In much the same way bands like VI and Ascension didn’t necessarily bring anything new to the table, the sheer quality in execution enables Blaze of Perdition’s album to stand on the shoulders of giants. One of the things that enabled albums like Ascension’s "Consolamentum" and VI’s "De Praestigiis Angelorum" to achieve excellence was the masterful production and the subtle touches therein to really draw out the potential of every song, Haldor from Satanic Audio Studio and of Black/Noise project Thaw has outdone himself in his ability to polish the songs into an immaculate final product.

I’d be hard pressed to pick a favourite track from the album as each listen reveals different elements that make me stop what I’m doing and just appreciate the mastery of it. The sheer brutality of "Ashes Remain" will draw me in one minute and then "Weight of the Shadow" kicks in with its beautiful dissonant flowing verses and haunting lead and I change my mind again.

"Concious Darkness" is what black metal should sound like in 2018, it’s aware of the past and owes to it, yet it progresses, developing ideas and styles already known into one large swirling mass of perfect chaos. Black metal might be a shrinking pool of fresh ideas and continual circle-jerks but "Conscious Darkness" is proof that with help from bands like Blaze of Perdition the genre still has hope.