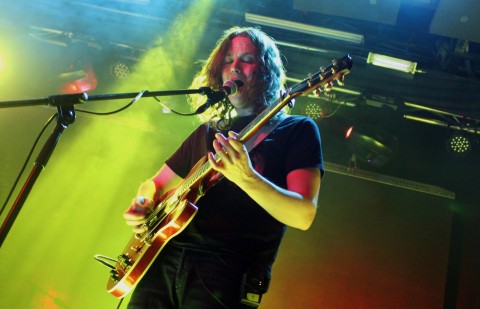 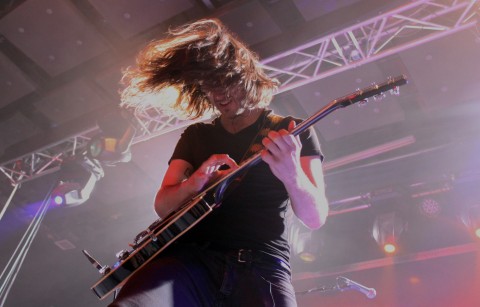 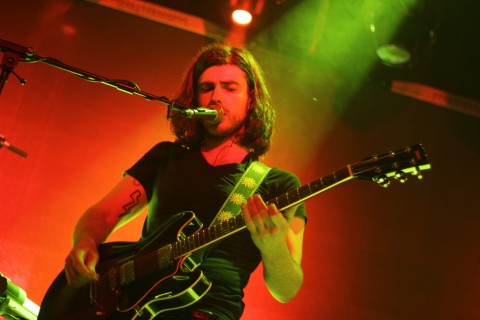 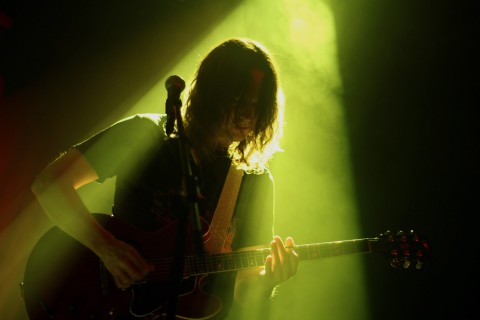 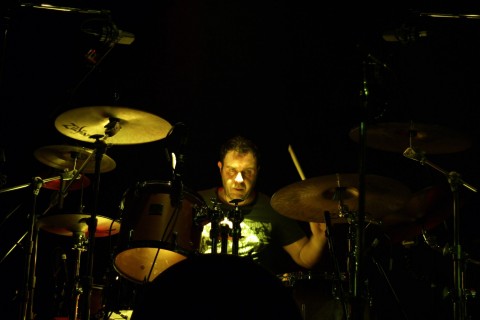 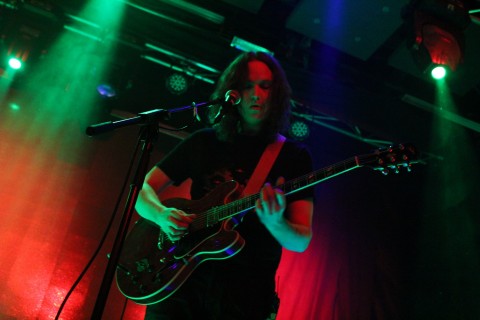 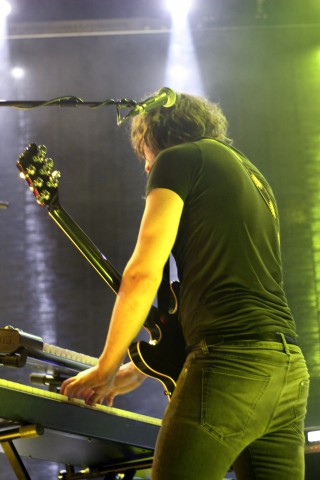 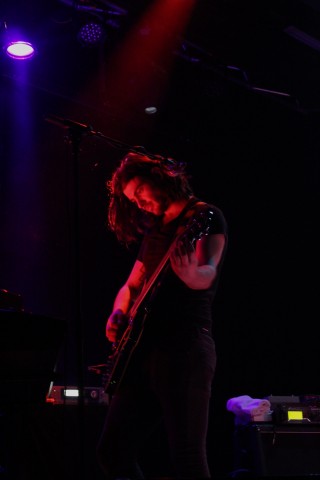 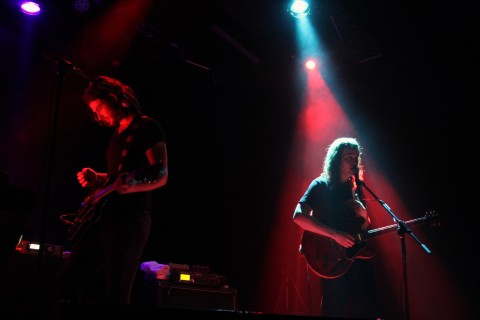 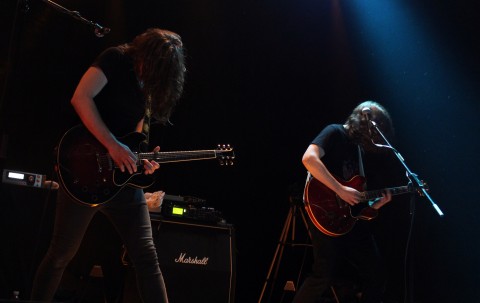 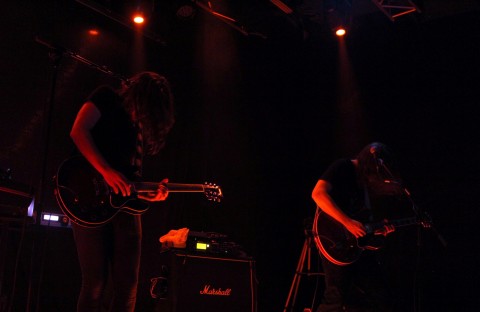 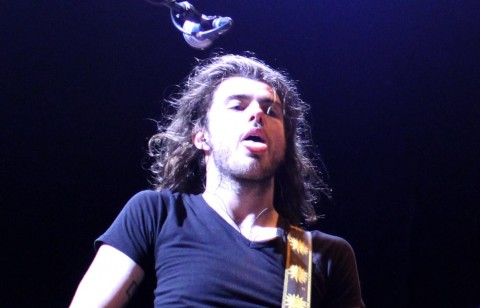 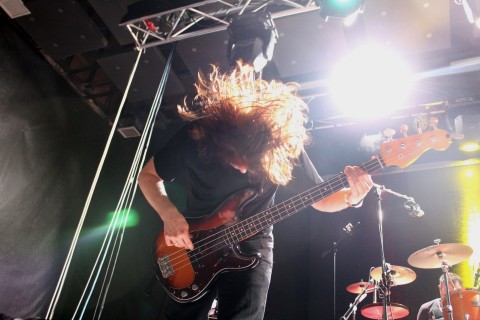 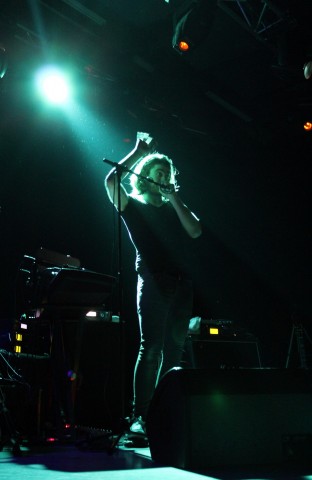 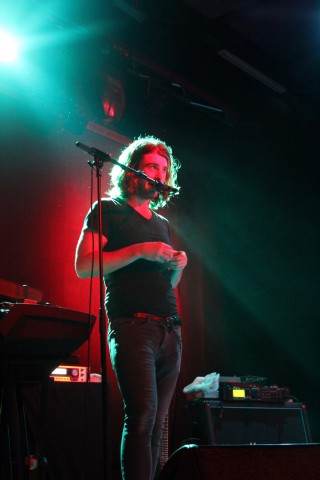 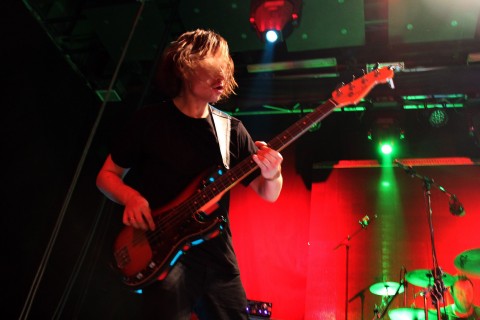 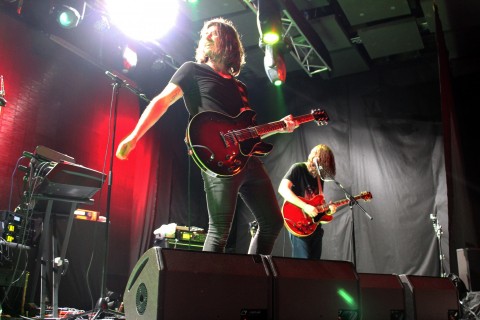 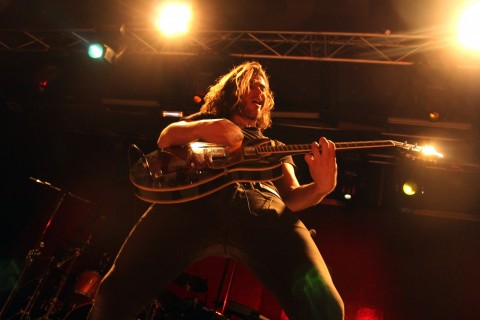 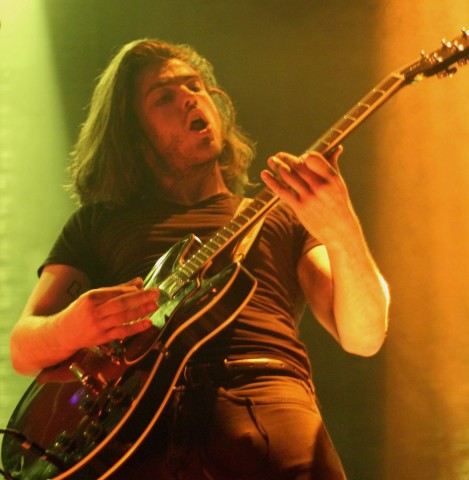 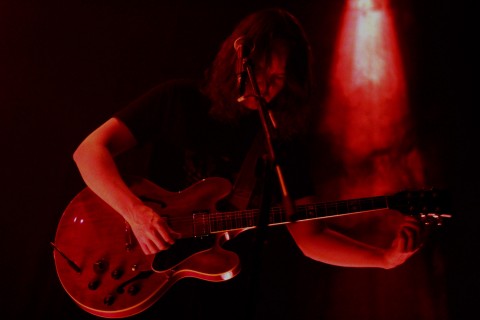 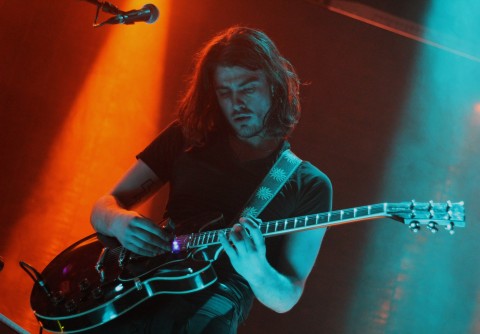 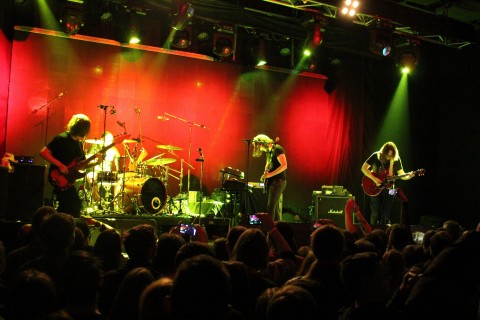 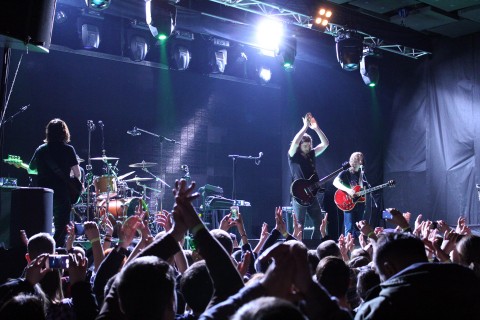 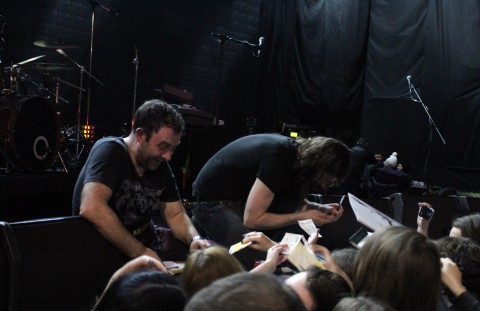 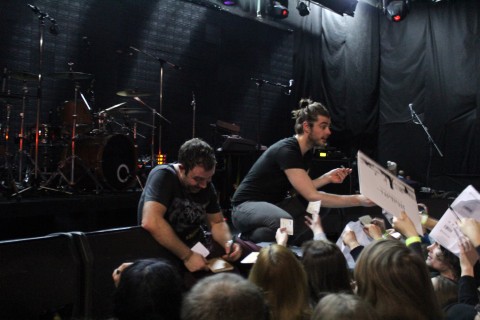 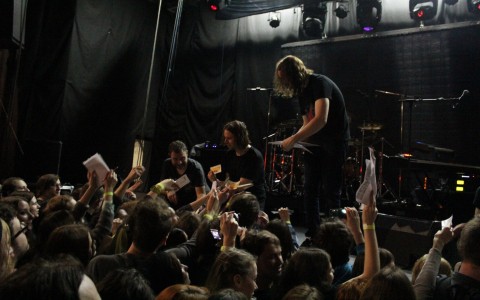 Last Friday, there was the first concert of the Irish rock band God Is An Astronaut in Kyiv. The musicians had previously played in Ukraine, their debut concert took place in 2011 in Chernivtsi. This time, the rockers, who are at the peak of popularity now, started their 2016’s tour in Kyiv.

God Is An Astronaut is a band that sets the pace for, almost, all post-rock groups. Many times I have seen weak and boring performances of domestic "analogs", who unskillfully copied music, behavior on stage and even the look of the Irish rockers. During the years of packed concert schedules, rehearsals, and a few lineup changes, God Is An Astronaut has become a team of highly professional musicians with a very emotional performance and interesting repertoire. So, it’s not a surprise that at the Kyiv’s show the original band has outdone all imitators. 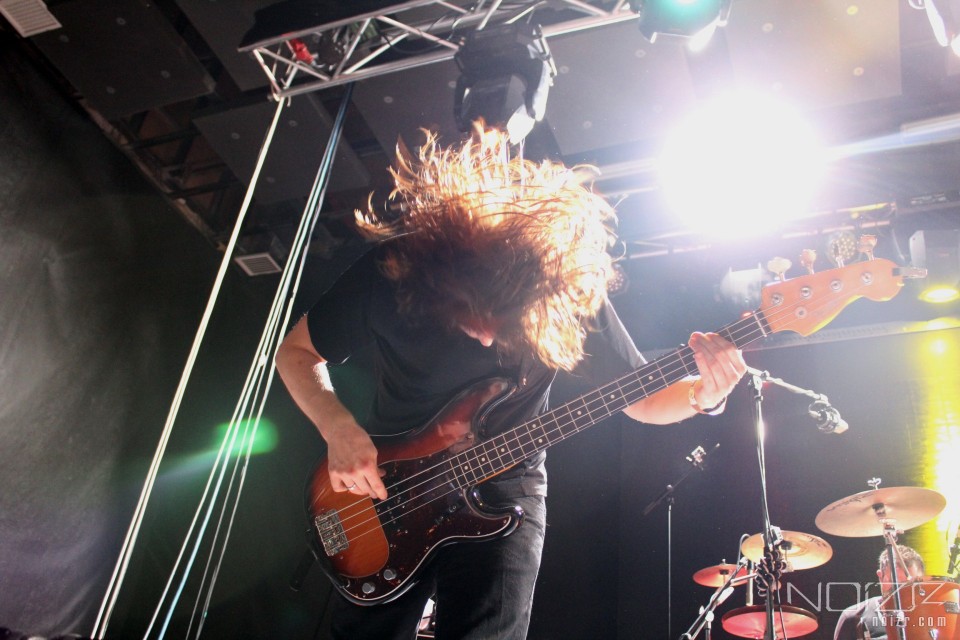 Shortly before the club opening, there was a large queue of the fans. After starting, Sentrum’s staircases filled with people, creating a live plug, which was resolved only after some time after the show beginning. With so many visitors it was difficult to imagine that such a successful event could not have taken place. As it turned out, when the musicians arrived in Kyiv, their instruments still hadn’t been delivered from Paris. The situation was saved by the concert organizer Eugene Kibets, who used a little trick. The promoter said to the responsible for the luggage delivery that they had to do it urgently because this stuff belongs to Scorpions who performed the same evening at the nearby Palace of Sports. The famous band mentioning made effect and instruments were delivered on time. One of the band’s members Jamie Dean, in an outburst of gratitude, called Eugene with applause on stage and at some point even began to bow to the organizer. 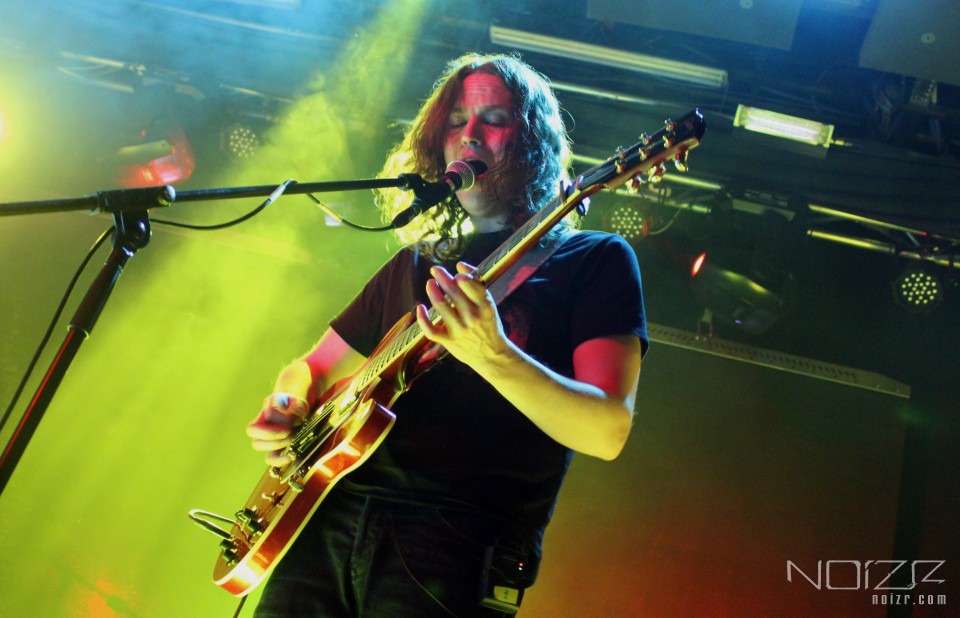 As a result, the long-awaited for many concert went off with a bang. During the evening, God Is An Astronaut played several tracks from the new album "Helios | Erebus", focusing on the more known songs in the setlist. The audience with great enthusiasm greeted the group and caused it several times for an encore. After playing the last track "Zodiac" from the same-named album "God Is An Austronaut", the musicians said goodbye, shaking hands with the fans from the first series. Lloyd Hanney threw into the crowd a few drumsticks. The hall was empty, but near the stage, there were those who still hoping for the third encore, the audience continued clapping, chanting "We want more!". Taking a breath, the Irish returned to the stage and willingly talked with anyone who wasn’t in a hurry to leave. Inspired by the warm welcome the band signed a set of disks and vinyls, items for autographs became even tickets and underground travelcards. The Ukrainian girls, showering post-rockers with compliments, were out of their mind by making a joint photo with idols. At the same time, God Is An Astronaut once again thanked the fans for their support and promised to return to Ukraine.