It may be a divisive opinion but I much prefer Abigor’s later work than their more well known and promoted earlier 2nd wave albums, whilst albums like "Nachthymnen (From the Twilight Kingdom)" and "Channeling the Quintessence of Satan" are great, the jagged works of Abigor from "Fractal Possession" onwards have appealed to me in greater ways than their earlier efforts.

Since 2007 T.T. of Abigor has been writing intense, chaotic and futuristic black metal, at time sounding industrial and similar in some ways to bands like Thorns and DHG, at other times there is the feel of being closer to technical death metal bands in their scope, production, and technical prowess. In some ways one could draw parallels with a band like Portal in that Abigor sit on the very fringes of their chosen genre, both bands exhibit a vast display of skill on their instruments and have little in common with the foundational albums that defined the death metal and black metal genres respectively. 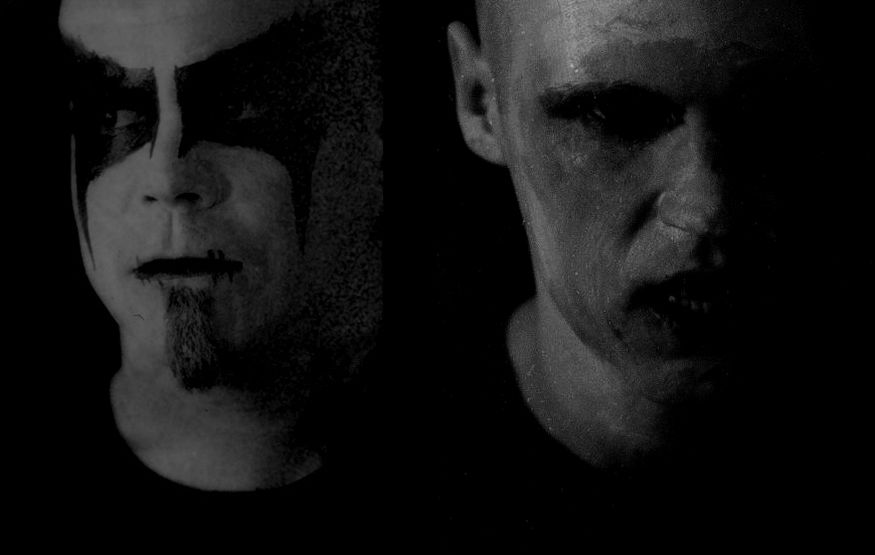 So it was with some excitement that I entered into "Höllenzwang", the last album "Leytmotif Luzifer" was a consuming juggernaut, full of phenomenal guitar riffs, precise and punishing drumming, and stellar production.

Unfortunately, my excitement was not warranted, it’s frustrating as I really want to like the album, it has all of the same ingredients that have made Abigor one of the most exciting black metal bands for me since 2007, but, there's one secret ingredient missing and I struggle to put my finger on it.

The guitars are very similar, strange atonal riffs that fly across the fretboard, interplaying with another guitar to create twin melodies that are jarring and challenging, the drums are exceptional and played with the most frenzied precision, the production is similar to "Fractal Posession" in its ultra crisp and modern tone. In fact, I feel that people who are not that fond of Abigor's more recent work would struggle to differentiate between the sounds of "Höllenzwang" and any of their last few albums, its that similar in feel and sound! I've listened to this album so many times now trying to unlock it's mysteries, wanting for the album to click and for me to 'get it' but it just not happening and it falls down on the small nuances that made "Fractal", "Time" and "Leytmotif" great. Things like some of the grooves from "Fractal" or the trem riffs that litter "Time" and "Fractal" or the fantastic scope of tracks like "Neglect" from "Leytmotif".

The album is competent and is by no means bad, yet when it's compared with Abigor’s more recent albums it doesn't hold up, especially when following "Leytmotif" which is their crowning jewel so far. Each album Abigor have released until now has been an evolution in their sound and I can't help but feel this is a regression in their achievements.