The German black metal band Nargaroth announced the release of its seventh album "Era of Threnody", unveiling the teaser and the cover art of the record.

The artwork was created by the Austrian artist Bernth (Art & Design). According to the description, "the front cover illustrates the Greek figure Laocoön in his death throes. The two serpents represent each The Temptation and the Lost Love, with whom the wounded Laocoön struggles until they poison his heart. Pained, the sword in his hands is about to slip while the order of the world vanishes, symbolized by the collapsing pillars. And behind all the sigil of Babylon, the "Mother of Abomination", which unlovingly beholds the tragedy".

"Era of Threnody" comes out on May 16 via Inter Arma Productions and is to be available on Jewel CD, Gatefold LP, and digital format. 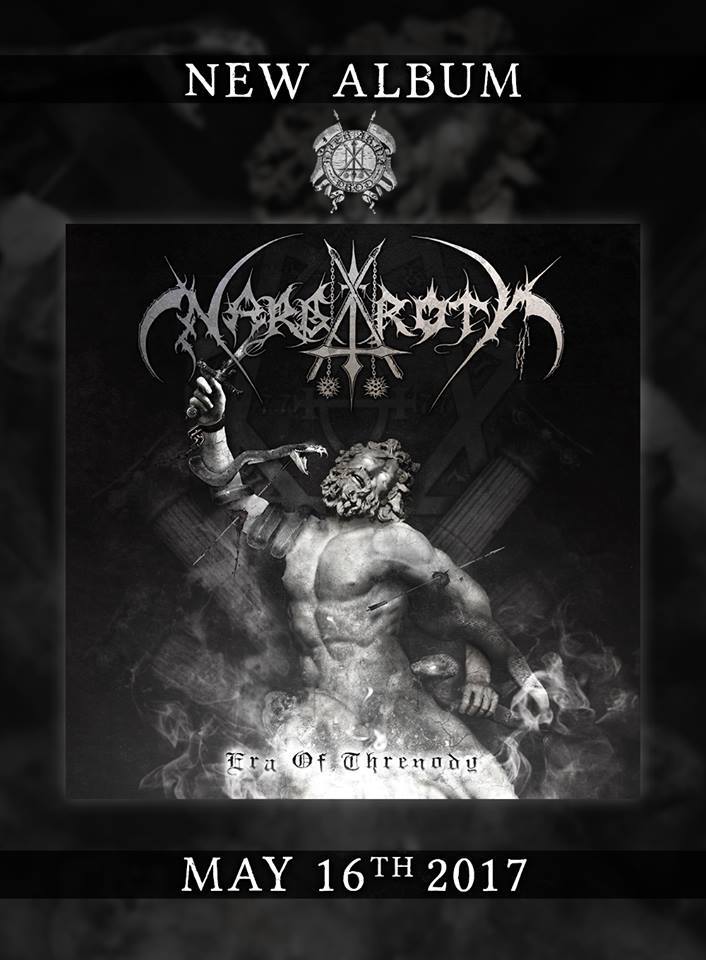