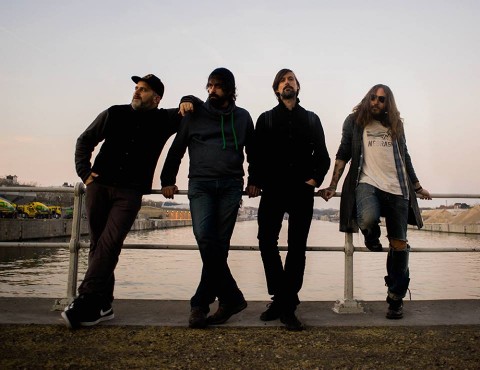 Doom and sludge perhaps are the most flexible genres that are amenable to all sorts of creativity. Experiments and bold brush strokes are welcome. There won’t be any blaming for monotony, endless timing, too low bass or even vocals, that sometimes can sound like baa. Is it good? Absolutely. The only question is where this or that band will lead while searching for new unique features and sound.

In the situation with the Belgian band The Progerians it turned out that seven years of experiments led them to impenetrable wilds, although they had previously managed to keep a fairly high standard. Each new release of The Progerians sounded more interesting than the previous one. More powerful, more intense, more original. Since 2012 the musicians have actively increased the gloominess of their doom, leaving the albums with their fervent punky notes. On May 25, the quartet will release its second album "Crush The Wise Men Who Refuse To Submit", which will sound completely different.

In October 2012, The Progerians released their first EP "Degeneration". A lively, very fresh 16-minute record with five tracks of an ambitious and bold four. Energy is rushing from each track, you can feel it in frisky guitar riffs and in the voice of a literally screaming vocalist. At this stage, The Progerians are more experimental punks with a genuine interest in dark doom.

In the next two years the Belgians replenished their collection with a very high-quality split and the first longplay "The Fabulous Progerians". The band sounded even more confident, along with the instruments in these records you can hear the experience and the desire to improve the style. The new tracks of the band have become the original mix of dark doom, an aggressive sludge, and the same punky spark. Guitars and drums became noticeably heavier, their parts gained versatility, but they did not lose their logic and harmony. At this stage, The Progerians with a tangible interest try out some psychedelics. And such notes, added to the general sound, gave the album additional points. Best examples here are the tracks "Black Storm" or "God Speed".

It is more than three years have passed since the debut studio album was released, and it was quite logical to expect from the band something new, fresh and what is most important, something that will exceed all the previous works. But with their second full-length “Crush The Wise Men Who Refuse To Submit” the four managed to justify these expectations only partially. And that's why. 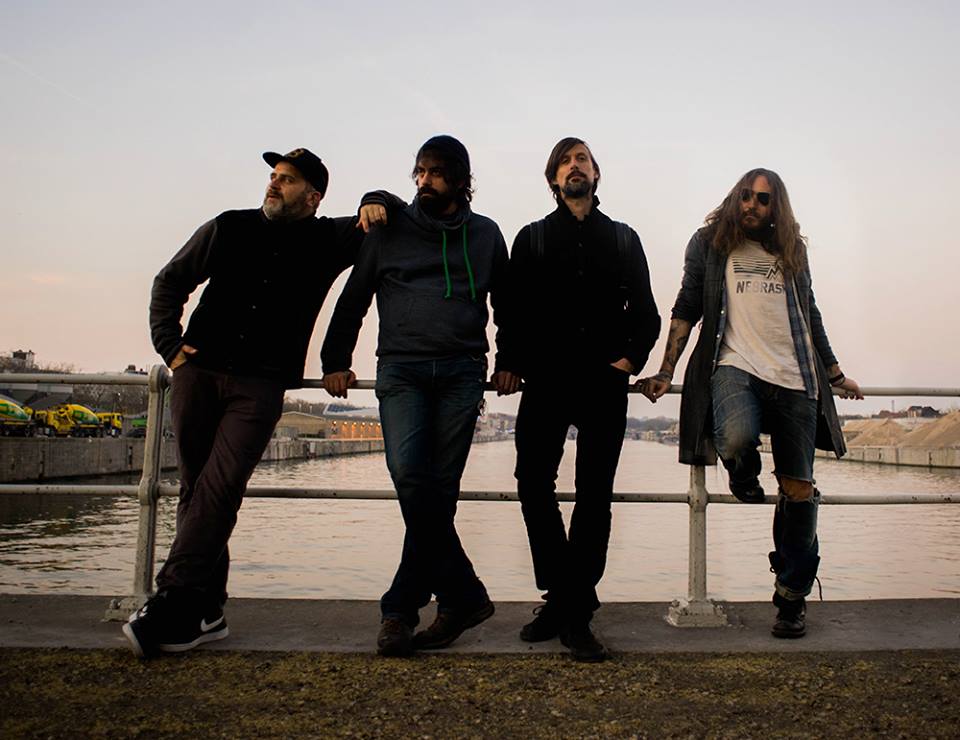 The first thing that the new LP opens to the listener is still the same craving for experiments and a new sound. Even having developed their own formula of success, The Progerians did not get stuck at the previous stage and continued to search for themselves in even thicker layers of doom. It is good and not so. This time the band’s sound is continuous heavy monotony and guitar chaos. Heavy distortion, low bass and, it is worth noting, the most powerful drums in their music library. In this case the tracks, smoothly moving from one to another, do not evoke the former emotions. They seem to become deprived of a former spark, which is reminded only in the same energetic vocals and individual guitar parts.

The band often loops on the same motif, stretching it for several minutes. Yeah, it is typical for the genre. But instead of further developing, The Progerians tear songs into pieces and dilute them with not always appropriate chaotic solos or sudden psychedelic passages, after which they return to the point they started from.

In addition to the general monotony, the overall timing of the album complicates its perception. This time 9 similar tracks sound more than an hour. And pretty soon the tracklist turns into a wall of noise, which in some places make the ears tingle.

As it was mentioned at the beginning of the review, such genres are very extraordinary and multifaceted. No doubts, every product will definitely find a fan. But in the case of The Progerians, it seems that on the way of experiments and attempts to sound in a new way, the band failed to get around the wilds. Some interesting ideas, notes of originality and confident overall sound of the band say that it will certainly come out of these wilds later, but with something more sustained, consistent and less gloomy.

"Crush The Wise Men Who Refuse To Submit" will be released on May 25 via Mottow Soundz. Release party in Brussels at the Magasin 4 is set on May 25 as well. Follow The Progerians on Facebook.