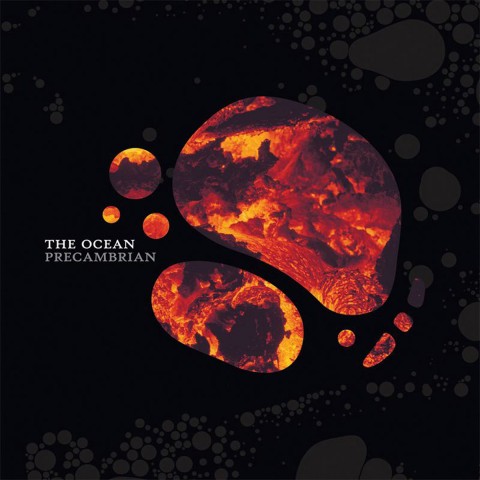 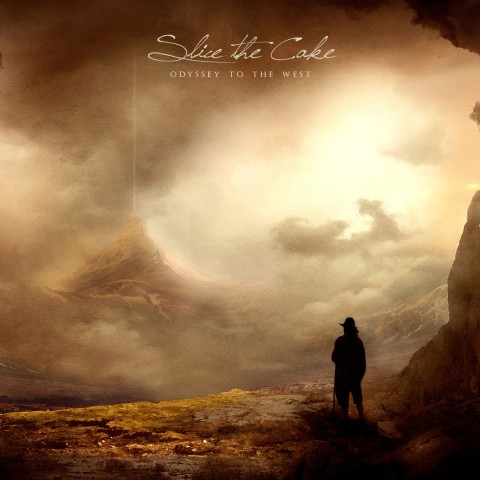 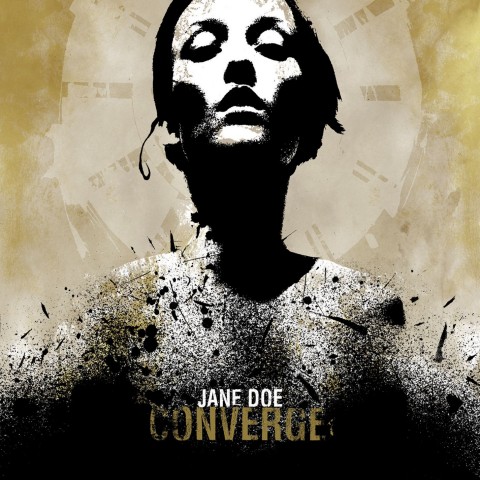 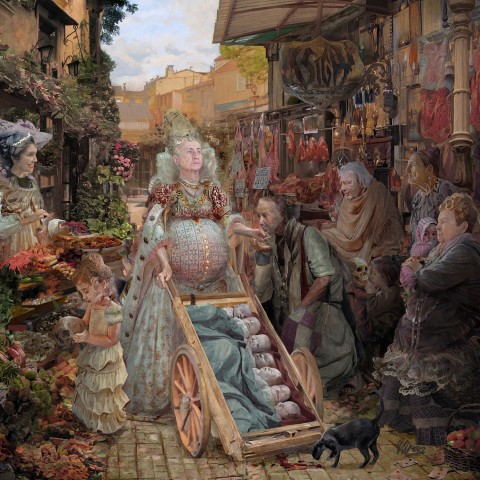 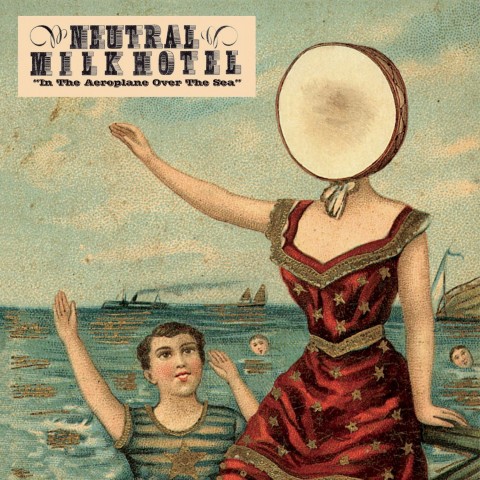 At the heart of every creation, there is a kind of super-idea, strong concept which transforms an abstract inspiration into the creative process and after that into relatively material result. For adjusting the disparate elements to a common meaning, you will need a musician’s mastery and a thinker’s skillfulness.

How to fill the music with thoughts, images and cross-cutting subject has become known already in the last century. Respectfully bow our heads to Pink Floyd and The Beatles, we look forward: the fathers should not worry because their legacy is loved and respected, but it’s no longer the same as it was before. Became stronger and more developed, raised by numerous followers who had grown up on the concept albums by David Bowie and King Diamond, it, like a spoiled child, put forth its hands to all that it could get, and grew through all of the genres: from theatrical pop punk to chaotic hardcore — everywhere it has found a fertile ground.

In this article, you will find out about five different, but the same blood relative offsprings of conceptual epic albums of the 20th century, whom the fathers of the genres easily can be proud of.

The child of ontology and idealism — The searching child

Slice The Cake — "Odyssey to the West" 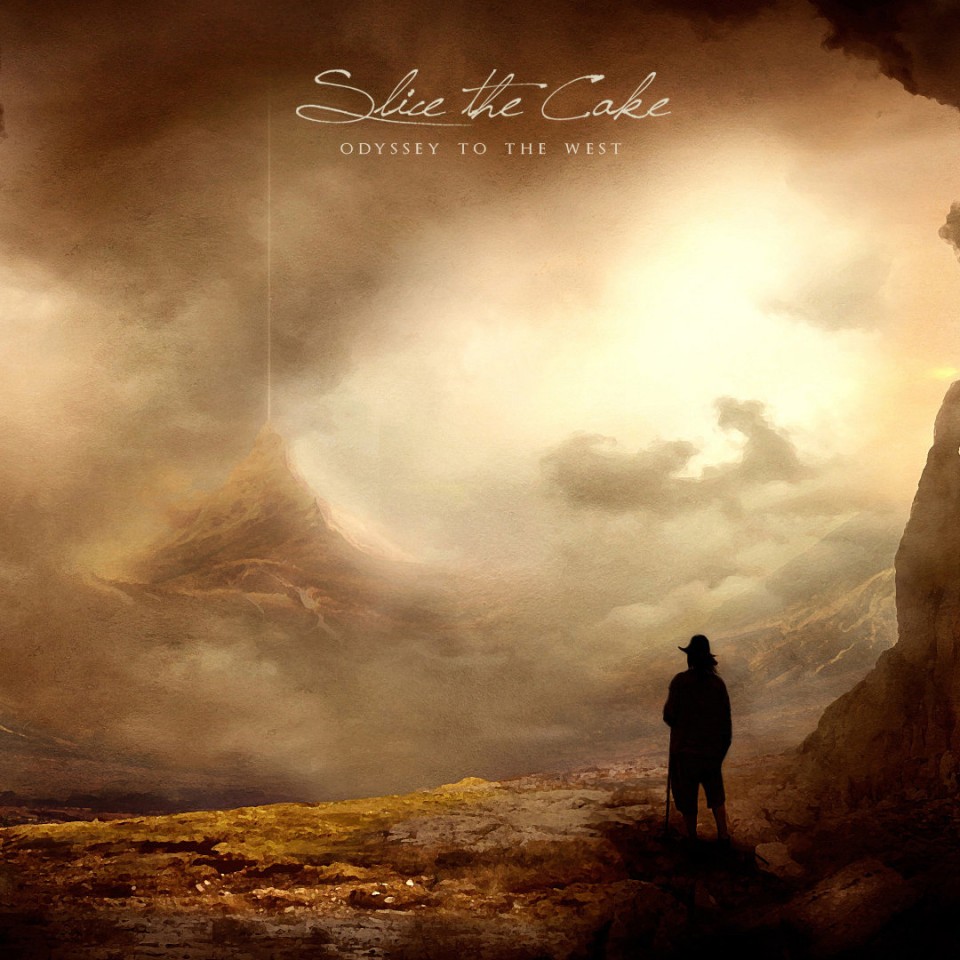 Something grand come up in the throes of creativity. After a series of conflicts between the musicians, Slice The Cake presented their long-awaited album "Odyssey to the West", the outstanding release between a music and a short story, transcending narrative frames in a musical composition.

This is a story of a man who, calling himself a Pilgrim, went across the desert to the West to the Holy Mountain, a metaphorical travel destination. Instrumentally skillful and lyrically rich album tells the eternal story about the search for faith and the reason for existence. The amazing transformation of Mason’s vocal, from the faltering spoken word and the desperate move to the furious growl, is the perfect example of the narrator. The variety of instrumental components, that include the ballad arrangements with the brutal breakdowns and poetic declarations, add the new colors to the release’s palette. Yet, this is not the most important in this work. The musician, inspired by King’s "The Dark Tower", created a poetic epic, full of metaphors and allegories that stretches for more than hour album and the one half-hour single.

This child is an example of upholding the artistic independence and service to the net creativity.

The child of grandeur and decadence — The primitive child 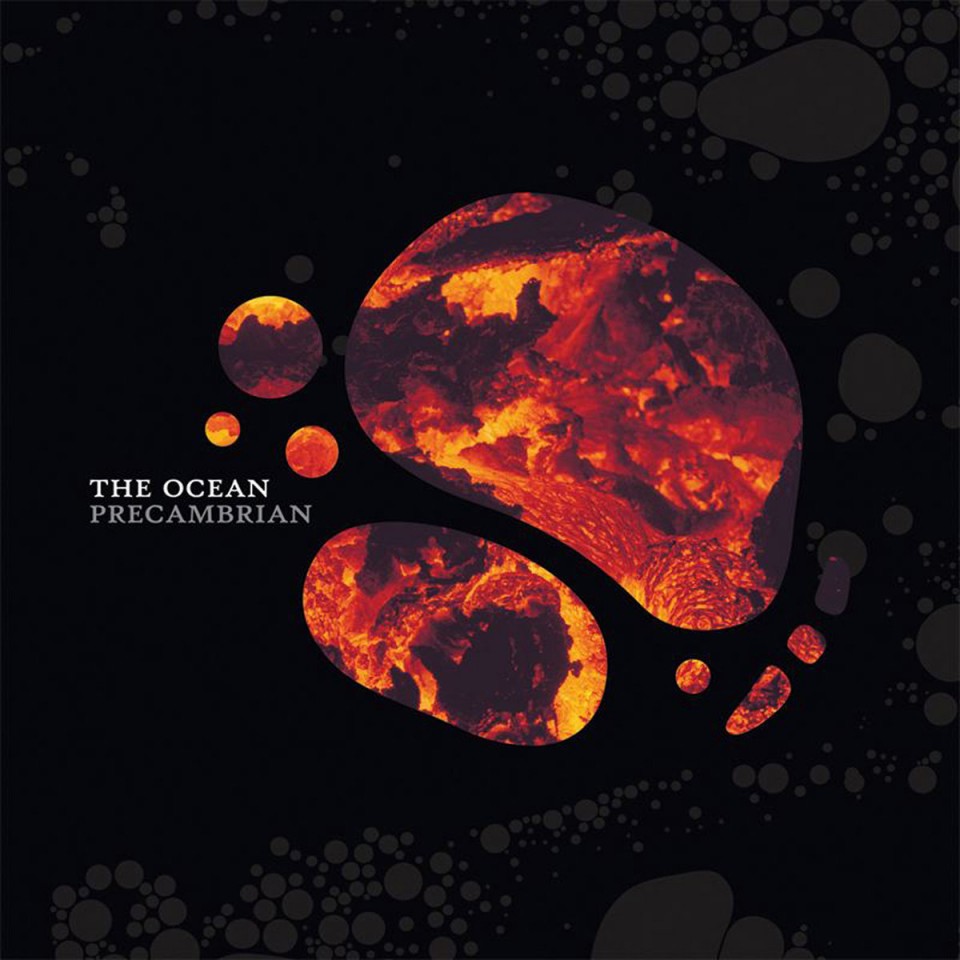 In 2007, the German post-metallers The Ocean recorded an ambitious for any other band, but not for them, double disc "Precambrian". According to the plan, each album's song was to personify a specific epoch of the Earth's early history, the so-called eons from the Hadean to the Cryogenian. It’ was a real challenge to cover more than a few billion years just for an hour.

From the first seconds, the album chthonianly roars, as if it has come from the very bowels of the Earth. The chaotic pressure and the deep-chested extreme vocals are typical for the most ancient aeons, and the elegant, progressive, almost jazz compositions performed with the Berlin Philharmonic Orchestra, symbolize the later stages, when the planet changed its purple-fiery covers to the apathetic white-iced shell. Listening to the album, you dip into the atmosphere of the wild and distant times, when a man was neither an owner nor a guest on the Earth, which he subconsciously remembers in the depths of his genetic code. The soundtrack to the period when there were only the sounds of magma’s hissing and ice’s rumbling. If the bustle of the modern world makes you tired, and you're looking for the rest — dip into this album and look wider at this life.

This child is an example of courage in taking on the responsibility of the seemingly daunting task and its talented embodiment.

The child of sorrow and lost ideal — The unfortunate child 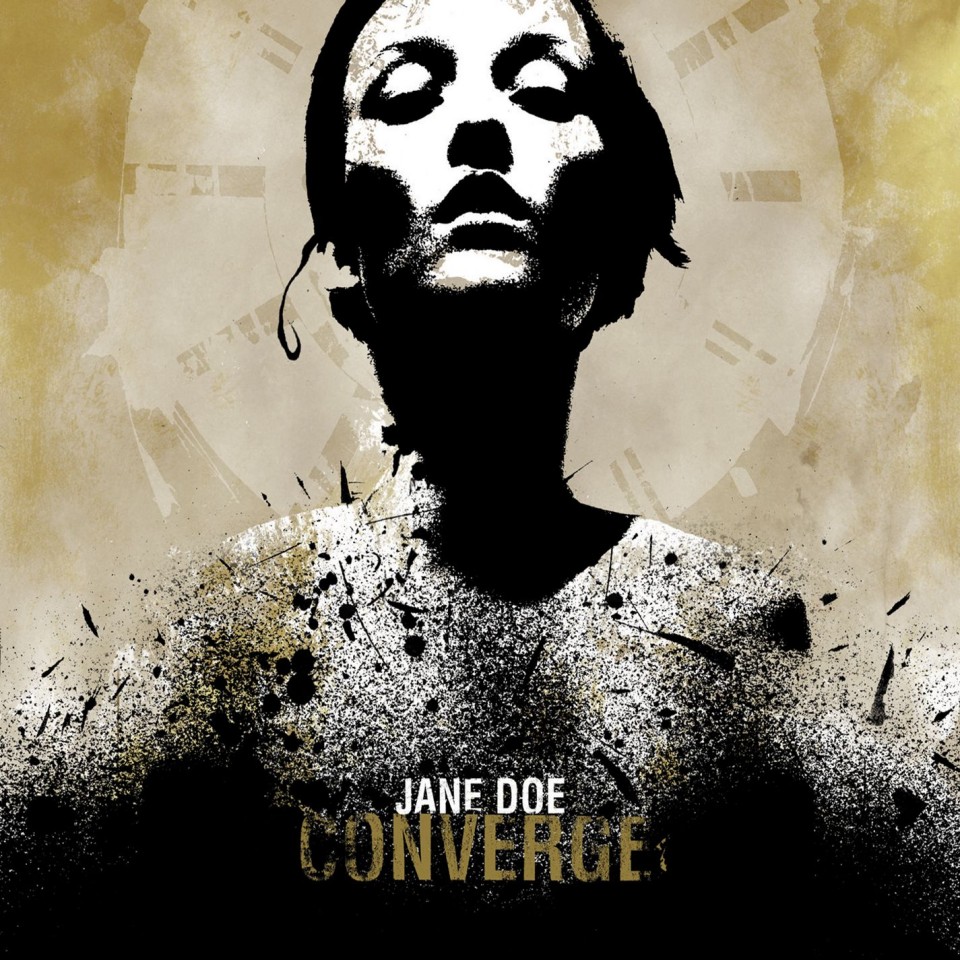 The chaos and doubt, disappointment and emptiness are the abstract concepts which have been carefully and precisely translated into music by the Boston’s hardcore band Converge in 2001. Twelve songs don’t disclose, but bare, like a lump of subcutaneous nerves, the story of relations between the lyrical hero and the mysterious girl. If the creativity always means maximum sincerity, with this release, the band has reached a shocking effect.

Love stories are the most intimate experiences, and after passing through the person’s inner world, they become similar to the confessions, embarrassing with their frankness. The vocalist and songwriter Jacob Bannon gave "Jane Doe" so rich lyrical and imaginative part that makes you feel like you’re reading a personal diary of the martyr who has just committed suicide. The beloved Jane Doe was the band’s real triumph: a music has not yet known such a deep disclosure of the female character. She appears in every track, revealing a certain side of their relationships with the lyrical hero from the bright glow of passion, which is accompanied by melancholic riffs and rhythmic percussion to decay — with violent instrumental parts and animal screams — when their love, like a phoenix, turned into ashes, having failed relive. Despite this, "Jane Doe" will be reborn over and over again in the memory of the music fans.

This child is an example of distillation into the seven notes by the intimate and subtle sensations.

The child of madness and the nightmarish dreams — The mad child 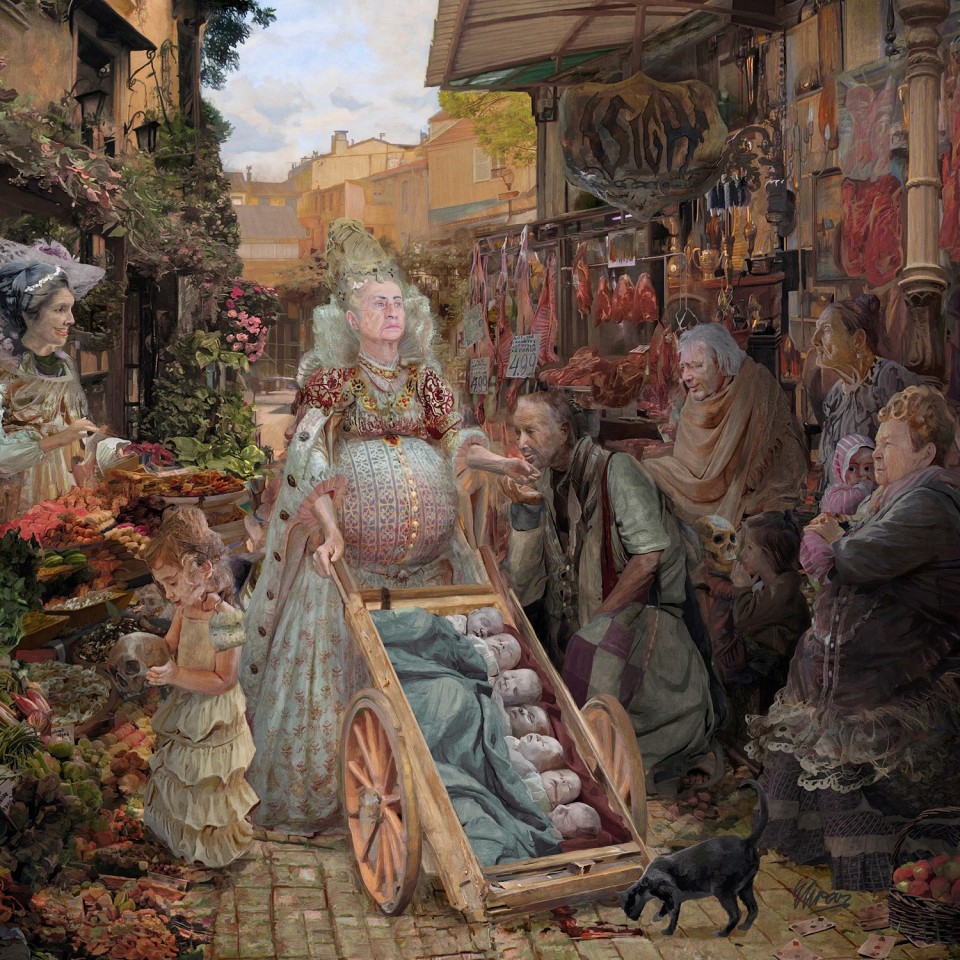 Genius is somewhere close to madness. Often, they even intersect, forming organic symbiosis, bordering between insanity and filigree. Approximately, all works by the avant-garde black metal band Sigh can be characterized in this way. The band dedicated their ninth LP to nightmares and madness.

If the dreams are the reflection of the soul, so the sick mind is able to generate the horrific nightmares. Surrealism, aesthetics of horror, burlesque and psychedelic — all of this is reflected in the madness of the release "In Somniphobia". Sigh’s diverse sound worked in this album favor; a variety of the instruments reinforce the feeling of unfolding abnormality: the nervous piano plays to the beat with the feverish drums, the electronic samples of the 70s are correlated with the catchy guitar solos over the tinkled sarangi (the Indian analogue of the cello), the terrible laughter and the saxophone prevails above all of this.

The album includes 7 tracks with a total length of more than 40 minutes. This seven nightmares in a musical guise, constitute "Lucid Nightmares" cycle. Despite all the album’s oddity, it’s received as an extremely original and exotic record. The atmosphere of nightmares has been never conveyed so convincing and interesting.

This child is an example of the highest creativity in the image of the unusual, madness and terrible dreams.

Neutral Milk Hotel – "In the Aeroplane Over the Sea" 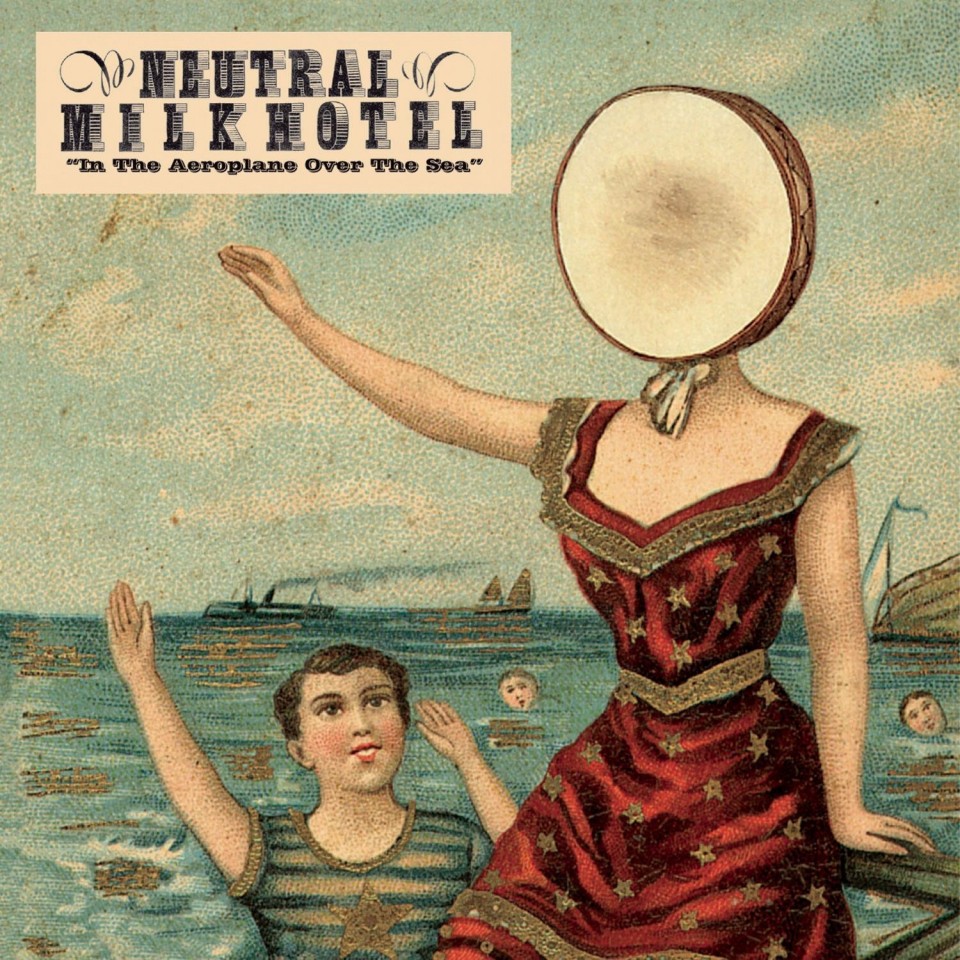 If we look as widely as possible, the music can be named something like a time machine: creating a sound filled with a national spirit, thoughtway and problems of a particular period, the music becomes a cultural reminder, which loses, like reptile its scaly skin, its main defect — the obsolescence.

In 1997, the lo-fi/folk band Neutral Milk Hotel’s leader and songwriter Jeff Mangum created something more than just a music album. At the time of writing the lyrics for the LP, Mangum was interested in the story of Anne Frank, the Jewish girl, one of the most famous victims of the Nazis. Impressed by her biography, the musician created not just an album, but a postmodern time machine, with which he wanted to save her. This is a case when the art transcends the material world, puts down such limited concepts as space and time, and invades to the areas which are outside the living beings power.

Perhaps, Mengama and the band’s offspring turned their original purpose which is a sign of the highest unity of the conception and implementation. Nothing is said about the musical aspect of the album, about the wonderful nostalgic atmosphere of the tracks, a variety of the instruments, because the music in this case is just the means of conveyance the ideas. Such albums — even among the greatest ones — are the units. And he saved her, just not in the literal sense.

This child is an example of the highest form of postmodernism and a desperate attempt of art’s exit beyond the objective reality.

Text by Alexander Tverdokhleb
Translated from Russian by Anastezia