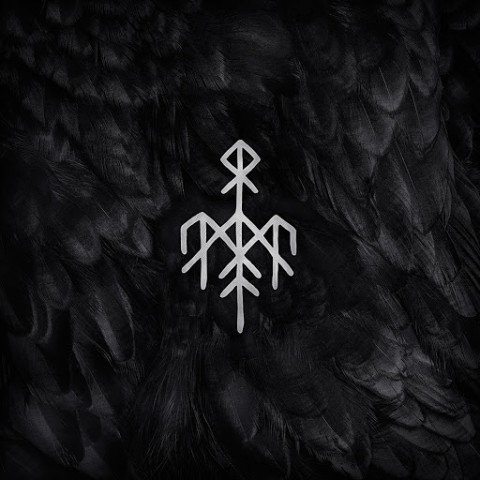 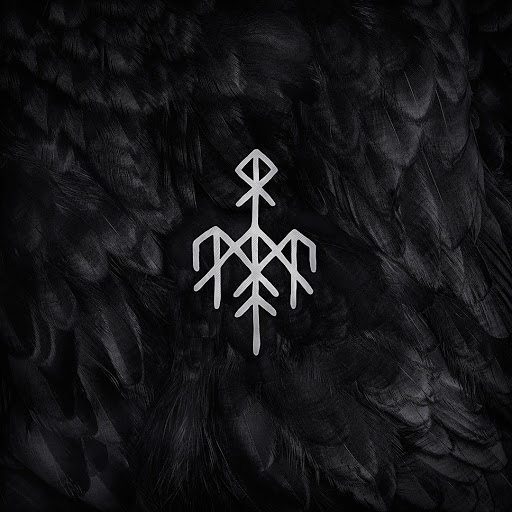 Synkverv
“This translates to ‘Turn-Sight’. The song goes very much into Nordic folk beliefs about luring forces of nature that either by use of song or other things lure you into the mountains and places like that. The tonality of the song is very traditional and quite closely inspired by the tonality of Norwegian folk music or traditional music, with the main instrument being the lyre.”

Kvitravn
“This is the White Raven, and it’s about the tradition of spirit guides or animal guides that have been in animistic traditions as messengers or bridges between worlds. This animal guide is connected to another recurring theme on the album, which is the skugge, which means shadow or follower. It’s primarily related to death warnings and so on. But it also dives into this idea that when seeking knowledge outside yourself, you sort of reflect inwards at the same time.”

Skugge
“It’s basically a song that tells the story of a conversation between a man and his shadow. It kind of questions our modern Western ideas that knowledge and confirmation is something predominantly acquired externally instead of internally. The story is basically: A man is asking his shadow a question and gets no answer. Then the sun goes down and of course his shadow disappears—into, in this case, a mountain. And then the man starts shouting at the mountain and the shadow replies in echoes with his own words. So the answers are within.”

Grá
“The title means ‘Gray’ and this song reflects on how our relation to wolves and predators in general has developed through time. And it doesn’t paint a pretty picture to romanticise this issue. I know a lot of countries are struggling with these conflicts between farmers and wildlife—predators in the wild, basically—and I understand that these issues are complicated, but the song acknowledges that the cost of having predators around has a value. And anything of true value in this world has costs. I don’t think killing a species or destroying an entire ecosystem is the right answer.”

Fylgjutal
“The literal translation is ‘Companion’, but it also means ‘Speech of the Fetch’. This goes more in depth with the tradition of followers from the song ‘Kvitravn’. Sometimes these followers are ancestral figures that sort of warn you or tell you when you arrive somewhere. They can be in animal shape, and they often reflect your personality as well. But I like to keep my lyrics very open-ended, so this is more in the form of asking questions, not preaching truth.”

Munin
“This is another song about the raven—in this case, the ravens of Odin. He has two: Hugin, which means ‘thought’ or ‘mind’, and Munin, which means ‘memory’. They roam the world every day, and Odin expresses fear that Hugin will not return, but even more he fears for Munin. So this song questions, why does he fear most for losing Munin, or memory? Of course, it’s impossible to think without memory—man has a consciousness, which always bears the past within it. We think and speak with historical references, and our culture is basically a memory. So I’m trying to decipher what this myth tries to tell us.”

Kvit hjort
“This is the song of the ‘White Deer’ or ‘White Stag’. It is of course partly applicable to the ‘White Raven’ song because it goes into how these traditional white animals we see are almost a global phenomenon. In many cultures around the world, we have these mythical, prophetic white animals. It doesn’t have to be ravens or deer—it can be an elephant, a moose, a serpent, et cetera. They very often represent being a bringer of change, of something new.”

Viseveiding
“It means ‘Hunting for Songs’. This goes back also to animistic ideas that every chatter, sound or frequency has a song connected to it. The concept is that there is a potential to learn these songs. For instance, in the folk medicine or healing traditions, if you wanted to cure snakebites, you would need to learn the song of the snake. This goes on and on: Each mountain has its own song, each river has its own song, et cetera. This is a concept that I implement in my own creative work as well—there’s this idea of trying to sense frequency, to ask for these kinds of songs.”

Ni
“This means ‘Nine’, and it is the ninth song of the album. In Norse tradition—and many traditions—nine is a sacred number that very often recurs in different myths and esoteric practice, whether it’s sorcery or healing or anything like that. And I would call this a medicine song. It goes into specific traditions of using a nine within folk medicine, and the core purpose of the song is to sort of guide you through this old tradition.”

Vindavlarljod
“This word is a mouthful, but it basically means ‘Song of the Wind-Bred’, like born out of the wind. It’s very much a song about sorcery and kind of reflects all these nerdy details about the two different ways one becomes a sorcerer. This is actually a very old song, and I have been performing it acoustically with just one instrument for many years in my solo concerts. A slightly different type of it was released on the Skaldalbum as well, but here it’s more elaborately produced.”

Andvevarljod
“This is the ‘Song of the Spirit Weavers’. It goes into how certain parts of our species is connected to wind, and this whole idea that a person could conjure up the wind that was blowing the day you were born. So it’s also a song about birth. There’s a part of the song about the mythical beings that spin a person’s life thread. It’s also very much connected to this tradition regarding the wind in the previous song.”